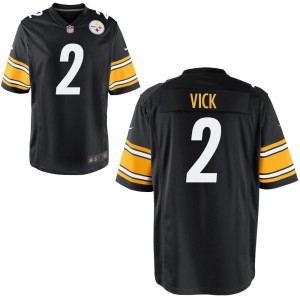 Unless you’ve been on a wilderness retreat, you probably heard that the Steelers signed Michael Vick yesterday. Vick has worn #7 throughout his career, but obviously that number is taken in Pittsburgh. The Steelers announced this morning that the veteran quarterback will wear #2.

Mike Vick will wear #2 for the #Steelers.

Vick is slated to speak with the media after practice this afternoon.

Steve, known by most as TTF, is owner of TheSteelersFans and administrator of the best Steelers message board on the net. Big fan of strong coffee and hardcore Steelers fan from womb to tomb.
@TheSteelersFans
Previous Steelers Sign Michael Vick
Next [Video] Michael Vick Speaks To Local Media