The Steelers have been busy retooling their practice squad this morning. The team has added five new players to the squad, and released 5 others to make room. Here’s the list of signings.

To make room for the signings the team released these five players.

After these moves, the Steelers currently have 3 players on the practice squad who spent the entire preseason with the team. The flurry of moves is an indicator that the team recognizes that they’ve lacked talented depth. I expect the team to make even more practice squad moves in the near future.

Steve, known by most as TTF, is owner of TheSteelersFans and administrator of the best Steelers message board on the net. Big fan of strong coffee and hardcore Steelers fan from womb to tomb.
@TheSteelersFans
Previous Steelers Re-Sign Doug Legursky, Place Pouncey On Short Term IR
Next Steelers Restructure Lawrence Timmons 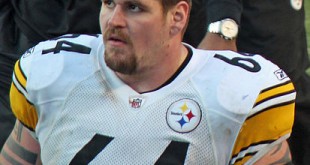