The Steelers got some very good news this afternoon. Le’Veon Bell’s MRI showed no signs of ligament damage.

THIS JUST IN: MRI does not show any ligament damage to Steelers RB LeVeon Bell's knee. (via @AdamSchefter) pic.twitter.com/jzoTZXiXKj

This doesn’t guarantee he’ll play this Saturday obviously, but this is tremendous news after he took such a scary hit to the knee last night. 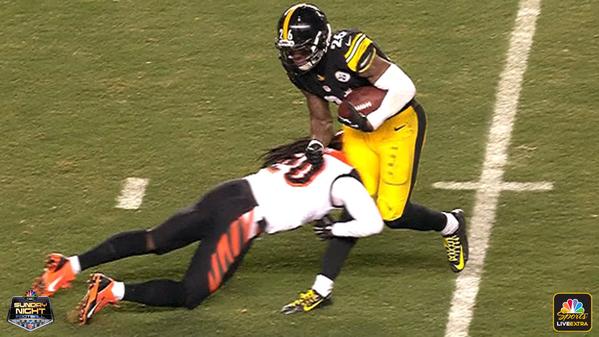 With hyper-extension injuries pain and swelling is usually worse the day after, so it should be expected that Bell might have difficulty getting around. According to one reporter, he could barely walk earlier today.

The amount of swelling, pain, and stiffness and how Bell’s knee responds to treatment throughout the week will determine whether or not he’ll be able to play on Saturday.

I just wanna thank everybody for their concern and prayers! I really appreciate it…

Steve, known by most as TTF, is owner of TheSteelersFans and administrator of the best Steelers message board on the net. Big fan of strong coffee and hardcore Steelers fan from womb to tomb.
@TheSteelersFans
Previous Watch Mike Tomlin And Reggie Nelson’s Heated Exchange
Next Lessons From Week 17