Home / Former Steelers / Too Many Are Quick To Judge Terry Bradshaw

Too Many Are Quick To Judge Terry Bradshaw

Terry Bradshaw has been taking a lot of heat this week. It seems that a large portion of the Steelers fanbase, and some in the media, are upset that the Blonde Bomber didn’t attend Chuck Noll’s funeral. According to Starkey and Mueller of 93.7 The Fan, Terry Bradshaw “in no way showed up to the viewing or the funeral to pay his respects”. To further add fuel to the fire, Starkey shared a quote from former Steelers public relations man Joe Gordon about Terry Bradshaw. The message he shared about Bradshaw from Gordon read, “He’s the most insincere person I’ve ever known.” Why Gordon would offer that…I have no idea.

There’s another part to the story. Steelers legend Jack Lambert, who is notoriously private, didn’t attend the funeral. Lambert did reportedly make private arrangements to meet with Chuck Noll’s wife. Here’s the skinny on that:

That’s such a Jack Lambert move. Rogue yet classy. Honestly, it’s so Jack Lambert it’s exactly how you might imagine the hall of famer paying his respects if you hadn’t heard the story. While the two have nothing to do with each other, sharing what Lambert did feeds some of the negativity for Terry’s lack of attendance.

People grieve in different ways, and however Terry Bradshaw chose to pay his respects/send his condolences, is really no one’s business. This and other stories circulating about the former quarterback paint a picture of indifference about Chuck Noll’s passing, and that’s just not the case.

After his one man show “Americas Favorite Dumb Blonde” in Pittsburgh last weekend, the former quarterback said some words of condolence about his former coach, and sang a tearful song of tribute to him. You can watch part of that in the video below (the song’s not included in the video).

Ultimately, I think many people expected to see all the Steelers greats from the ’70s dynasty serving as pallbearers at Coach Noll’s funeral, with Terry Bradshaw standing across from Mean Joe (who was a pallbearer). It may be easy for us to pass judgement on Bradshaw for being absent, but as spectators, we should all try to reserve judgement on those who have suffered a personal loss.

Steve, known by most as TTF, is owner of TheSteelersFans and administrator of the best Steelers message board on the net. Big fan of strong coffee and hardcore Steelers fan from womb to tomb.
@TheSteelersFans
Previous Ben Roethlisberger Is 31st On NFL’s Top 100 List
Next Alan Faneca Inducted Into Louisiana Sports Hall Of Fame 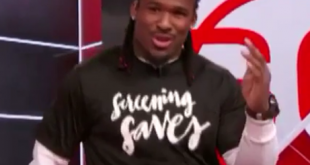 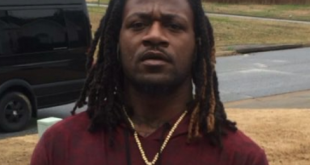