Heading into the draft there was high speculation, from the draft-nicks to the fanfare, the Steelers would be going in two directions; Wide Receivers or Cornerback. While both were addressed through the NFL Draft, the rounds in which the “need” positions were drafted ending up being considerably off. The apparent need for the 2014 edition of the Pittsburgh Steelers was defensive line. With all the speculation of how the picks are made, did the Steelers really go best player available (BPA) or did they address the most glaring need. In the 2014 draft certain things fell correctly, as they must, for the Pittsburgh Steelers.

The 2014 NFL Draft brought the Steelers two defensive linemen for the first time since Casey Hampton and Rodney Bailey in 2001. The linemen selections of Stephon Tuitt and Daniel McCullersare huge, and I am not speaking of McCullers’ stature, for a team in need of defensive line help. Both of these draft picks can be contributors, albeit possibly minimal, because of their experience using the technique employed by their previous schemes.

At Tennessee in 2012, McCullers played nose tackle in their 3-4 scheme. Coaches shifted, philosophies changed and in 2013, under Jon Jancek, the Vols played a 4-3. The change in base defense was not to McCullers benefit. While a 4-3 scheme allows defensive Tackles to shoot gaps more often; McCullers numbers took a hit. Starting two seasons and playing in two schemes, he registered more tackles, sacks, and tackles for loss in the 3-4 scheme as a junior then in the 4-3 scheme as a senior. The scheme was Jon Jancek’s little coat and this fat guy didn’t fit. There is a reason why a YouTube search shows 2012 highlights at a higher volume.

Tuitt’s accomplishments have been well documented. Looking at the good, you see a defensive end that can pursue, tackle, rush, and work at his craft. The knock on Stephon is his final year at Notre Dame. When comparing the last two seasons one can see increases in assisted tackles and total tackles. The slip to the second round may have been contributed to the drop in sack production from 12 to 7.5. The most glaring difference for the Fighting Irish between 2012 and 2013 is the final record of 12-1 and 9-4, respectively. Not the singular reason but looking to compare, 6 out the 10 top sack leaders in the NFL where on teams with 10 or more wins. When your team is winning, the opposition looks to get yards in chunks via the air. The sack drop off for Tuitt, maybe loosely, can be compared to his NFL counterparts.

Tuitt has the possibility of being the largest addition to the defensive line as of late. It is not common for the Steelers to draft a player that has already been playing the defensive end position in a 3-4 scheme for his entire college career. Tuitt’s learning curve will be far less than any other defensive end drafted by the Steelers in recent history. In grandpa Lebeau’s complex scheme, Tuitt’s confusion should be as minimal as a muddled jury at the Aaron Hernandez trail and allow stiff competition at camp.

Thomas, Tuitt, McCullers, have all played in a system similar to the one currently used in Pittsburgh. Williams, Arnfelt, and Fangupo have seen the defense. With only two returning starters on the roster, there will be many new names Steelers fans will watch. With nine current defensive lineman on the roster there will surely be the odd men out but who is the new guy in? 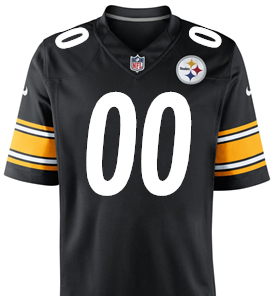 Have something to say about this? Head over to TheSteelersFans forums to discuss. Follow on twitter @TheSteelersFans
Previous Steelers Sign NT Daniel McCullers And TE Rob Blanchflower
Next The Joey Porter Effect (Or Is It Affect)