The Steelers face the Browns on Sunday at FirstEnergy Stadium. The game airs at 1:00 Est on CBS with Kevin Harlan and Solomon Wilcots as commentators. This will make the 121st regular season meeting for the two teams. The game will not be very widely distributed as you can see on the map below. 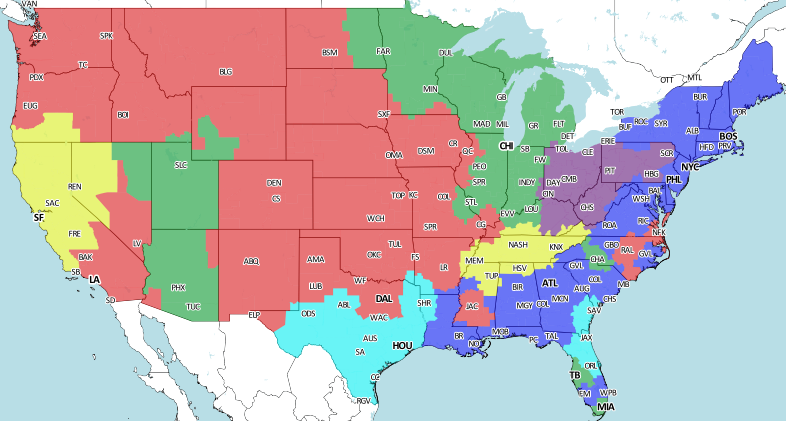 You either get the early game or the late game. Not both.

Steve, known by most as TTF, is owner of TheSteelersFans and administrator of the best Steelers message board on the net. Big fan of strong coffee and hardcore Steelers fan from womb to tomb.
@TheSteelersFans
Previous Jerome Bettis And Kevin Greene Are Hall Of Fame Semi-Finalists
Next Matt Spaeth Returns To Practice Today

Shazier, Zumwalt, And Bucannon Have Pre-Draft Visits With Steelers Today