Maurkice Pouncey was injured during today’s win over the Green Bay Packers. He hurt his left ankle late in the first quarter, and ultimately was carted to the lockers after being checked by trainers on the sideline.

Coach Tomlin gave an update on his condition in his press conference after the game, referring to his ankle as “surgical”, and saying that he didn’t have an idea of how long it will sideline him.

Tomlin said Tuitt’s ankle is much less severe. He sprained his ankle today, and Tomlin said he will likely be down for a couple of weeks.

Without knowing exactly what the actual injury is and what surgery he’ll have, it’s hard to say exactly how long he might be out. I’d expect the team will use the IR/return designation on Pouncey. I imagine Cody Wallace will fill his shoes until he is able to return.

Update- According to Ed Bouchette, Pouncey has a broken ankle bone. This could mean different things and have different implications depending the nature and location of the break. We’ll have to wait for more info before we can play doctor. Well, you know what I mean.

Steve, known by most as TTF, is owner of TheSteelersFans and administrator of the best Steelers message board on the net. Big fan of strong coffee and hardcore Steelers fan from womb to tomb.
@TheSteelersFans
Previous Stephon Tuitt Leaves Game After Ankle Injury
Next [Audio] Mike Tomlin On Today’s Win And Injuries 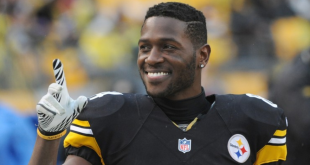 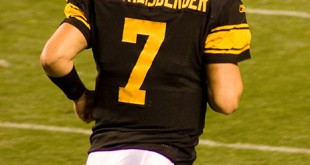