It appears former Steelers defensive coordinator Dick LeBeau has found a new gig. According to The Tennessean, the Titans are expected to announce his hiring on Thursday.

Former #Steelers DC Dick LeBeau is expected to be named assistant head coach/defense with the #Titans, per sources.

LeBeau is reportedly going to be joining the Titans staff as the assistant head coach, and he will be in charge of the defense. Ray Horton will remain on staff as the Titans defensive coordinator.

According to reports, Ken Whisenhunt reached out to LeBeau multiple times and convinced him to come to Tennessee. It will be interesting (and sickening) to see which veteran Steelers defensive player (if any) wears a Titans jersey next year.

Steve, known by most as TTF, is owner of TheSteelersFans and administrator of the best Steelers message board on the net. Big fan of strong coffee and hardcore Steelers fan from womb to tomb.
@TheSteelersFans
Previous Pittsburgh City Council Declares February Dick LeBeau Month
Next Steelers Re-Sign LS Greg Warren 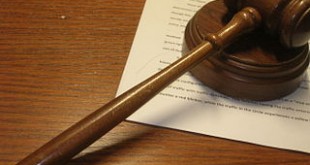