Carter was drafted by the Steelers in the 5th round of the 2011 draft. The veteran linebacker was cut by the Steelers at the end of August, and spent time with the Colts before being released in October.

With the Steelers facing the Bengals twice in the next 4 weeks, the addition isn’t a surprise. It’s not uncommon for teams to add former players of their upcoming opponents in hopes to get an edge in preparation.

If he sees the field at all this Sunday, it will be to contribute on special teams.

Steve, known by most as TTF, is owner of TheSteelersFans and administrator of the best Steelers message board on the net. Big fan of strong coffee and hardcore Steelers fan from womb to tomb.
@TheSteelersFans
Previous Le’Veon Bell Accepts Plea Deal For DUI And Marijuana Charges
Next Ravens Haloti Ngata Suspended For Remainder Of Season 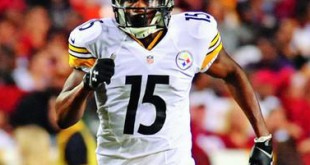