NFL Confirms Jets Vs Bills Will Not Be Played In Pittsburgh

The NFL has announced that the Jets @ Bills game scheduled for this Sunday will be moved to Detroit and rescheduled to Monday night.

There were reports earlier that Heinz Field was being considered as a possible contingency venue, but logistically that was close to impossible. Don’t quote me on this, but this might be the first time in history where Detroit was considered a safer alternative than, well…anywhere. 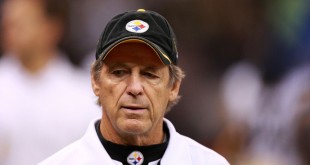