Here are the player snap counts from last night’s preseason finale against the Carolina Panthers. As you can see, Wesley Johnson received the most offensive playing time, as he subbed for Maurkice Pouncey.

Martavis Bryant was in for just a few plays before leaving with a shoulder injury. Landry Jones was the starting quarterback, and had the majority of the snaps under center, before being relieved by Brendon Kay. The results below are from the official gamebook, but if they prove to be inaccurate, I’ll post an update in a day or two. 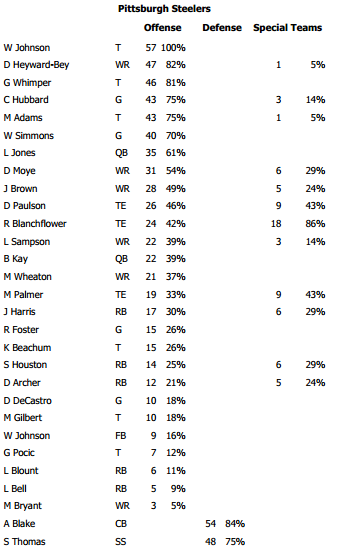 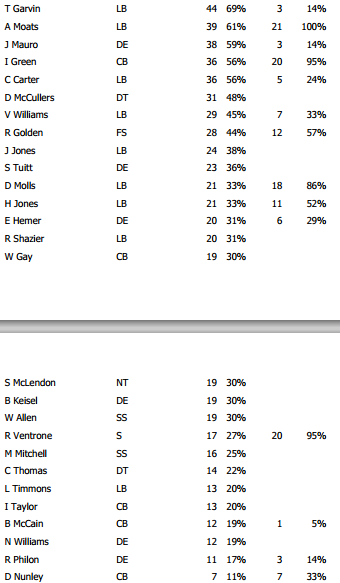 Steve, known by most as TTF, is owner of TheSteelersFans and administrator of the best Steelers message board on the net. Big fan of strong coffee and hardcore Steelers fan from womb to tomb.
@TheSteelersFans
Previous Greg Warren Says He’s Cleared To Return Week 1
Next Steelers Claim CB B.W. Webb Off Waivers, Jordan Zumwalt To IR