The NFL has released the schedule for all NFL teams tonight. The Steelers 2014 schedule includes 5 prime time games, the most any team can have without a waiver from the NFL. It also features 10 1:00 pm games, the most 1 o’clock games they’ve had in 4 seasons. Here’s the schedule:

As you might have noticed, the Steelers won’t see a bye week until week 12. That’s the latest that any team can have a bye. The Panthers are the other team to have such a late bye this season. To my recollection, the closest the Steelers have had to such a late bye week in the last 20 plus years was in 2011, when they had a week 11 bye. The week 2 game in Baltimore will also be the first CBS Thursday night game. Thanks for stopping by, and thanks for sharing on the web.

Steve, known by most as TTF, is owner of TheSteelersFans and administrator of the best Steelers message board on the net. Big fan of strong coffee and hardcore Steelers fan from womb to tomb.
@TheSteelersFans
Previous Steelers Actively Negotiating A Roethlisberger Extension
Next Report: Nebraska WR Quincy Enunwa To Visit The Steelers 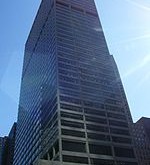