The Steelers have signed S Ross Ventrone to the practice squad. DB Brandon Jones, who was recently signed, has been released to make room for the signing. Ventrone was with the Steelers during training camp, but was cut during the final 53 roster cuts. He was in with the Arizona Cardinals for a work out just a couple days ago.

In unrelated news, the Steelers had DE Izaan Cross in for a tryout earlier in the week, but signed DE Hall Davis instead.

Steve, known by most as TTF, is owner of TheSteelersFans and administrator of the best Steelers message board on the net. Big fan of strong coffee and hardcore Steelers fan from womb to tomb.
@TheSteelersFans
Previous Keisel, McLendon, And Polamalu Miss Practice Today
Next Ben Roethlisberger Is Steelers Walter Payton Man Of The Year 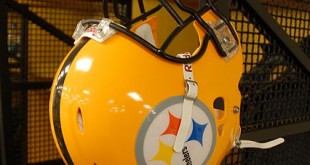